Connect with us
Did You Know?
The Acura NSX was announced for a comeback in late 2011 but was finally for sale in 2016 for customers.  The NSX is powered by a 3.5-liter twin-turbo v6 engine.
The Tumbler appeared in Batman Begins (2005) and The Dark Knight (2008) directed by Christopher Nolan. The tank like vehicle is equipped with gadgets and state-of-the-art weaponry capabilities to take down all Gotham City villains.
The comedy Talladega Nights portrays the life of a NASCAR driver named Ricky Bobby, a character played by actor Will Ferrell. This vehicle, the No. 26 Wonder Bread Chevy Monte Carlo is one of the two cars driven by Ferrell’s character in the flick. They were later auctioned off for charity.
The action television series Starsky & Hutch featured a bright red 1975 Ford Gran Torino as its main mode of transportation for the series’ main characters, police detectives David Michael Starsky and Kenneth Richard “Hutch” Hutchinson. 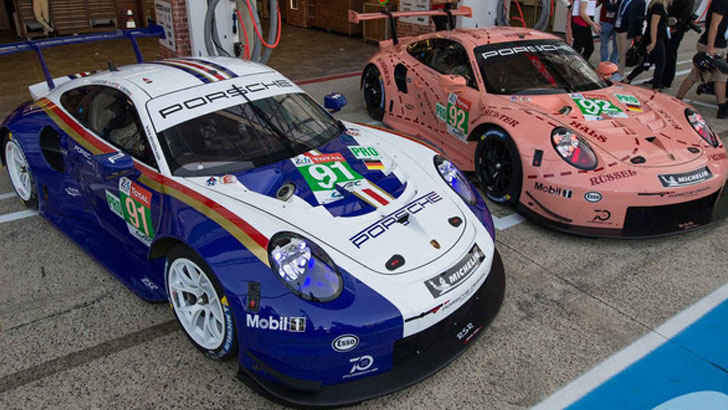 The Pink Pig and Rothmans liveries will make a grand reappearance at this years Lemans 24 Hour race in just a short few weeks away in the GTE class. The GTE class is a factory teams competing in the World Endurance Championship. The likes of Chevrolet, Ford, Aston Martin, BMW and Porsche all go head-to-head in this category. As part of the Porsche’s 70th anniversary, the factory works Porsche 911 RSR race cars will be wearing their iconic liveries from the days of the Pink Pig Porsche 917/20 from 1971 and the Rothmans Leman winning 956 C cars from the 80s. 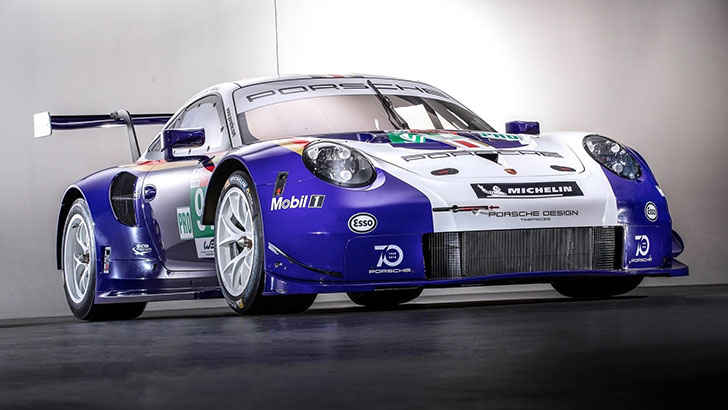 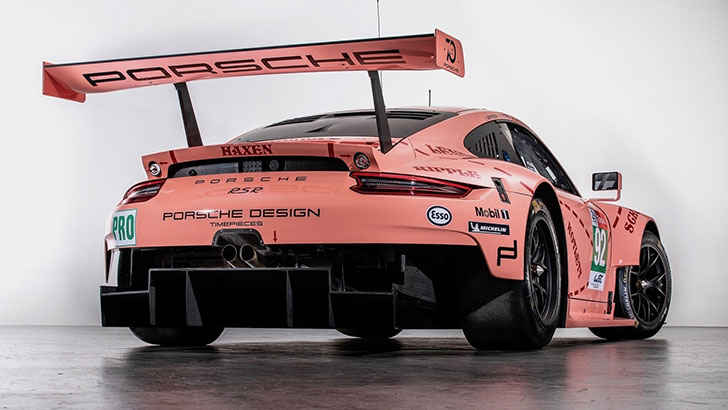 The exterior of the cars may look completely different visually but the cars are completely identical from aero to mechanical systems on the car. Porsche will field 4 911 RSR entries this year, the two being in the iconic historical liveries and two other RSRs in their one, black and red liveries. 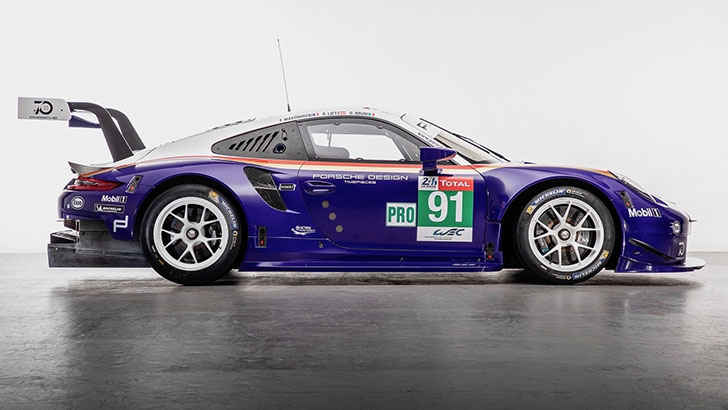 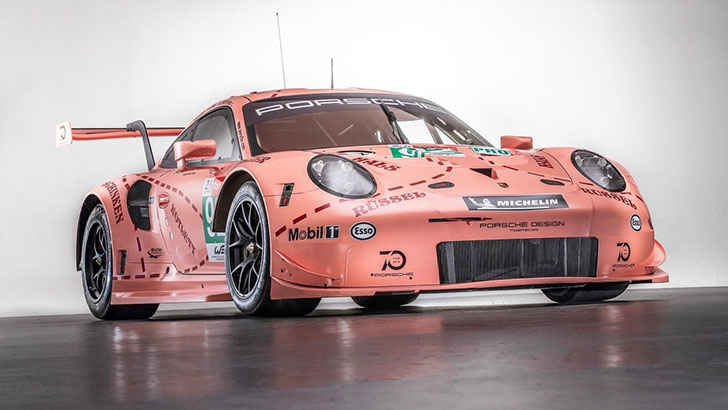 There will be another six Porsche 911 RSRs to start the race not counting the 4 factory cars. The other six RSRs are customer teams.