Connect with us
Did You Know?
The Acura NSX was announced for a comeback in late 2011 but was finally for sale in 2016 for customers.  The NSX is powered by a 3.5-liter twin-turbo v6 engine.
The Porsche 550 Spyder was built back in 1953-1956 as a sports racing car.  Assembled in Stuttgart, Germany the 550 Spyder was also the car that James Dean was fatally killed in on CA Route 46/41 in 1955.
The iconic time machine from the Back to the Future dynasty, as invented by Dr. Emmett Brown. The DeLorean DMC-12 is used by Doc Brown and Marty McFly to travel over 130 years of Hill Valley history, for gaining insights into history and the future.
This legendary jet black muscle car is none other than The Pursuit Special made famous in the popular Mad Max franchise films. It is also referred to as The Last of the V8 Interceptors.

NHRA Top Fuel Dragster driver Brittany Force had one heck of a ride this past weekend at the Lucas Oil NHRA Winternational event at Pomona, California. 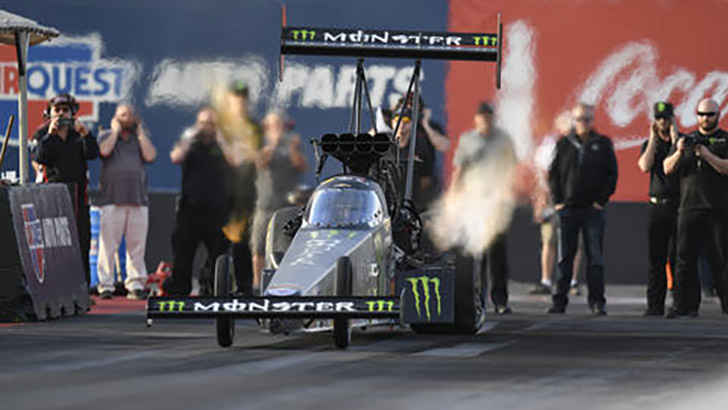 Brittany who driver’s for her Father’s legendary drag racing team John Force Racing is the reigning world champion from the 2017 season. A representative from John Force Racing says that Brittany was transported to the hospital to check her vitals and will stay in the hospital but reports no major internal injuries for the young female driver. There is some bruising 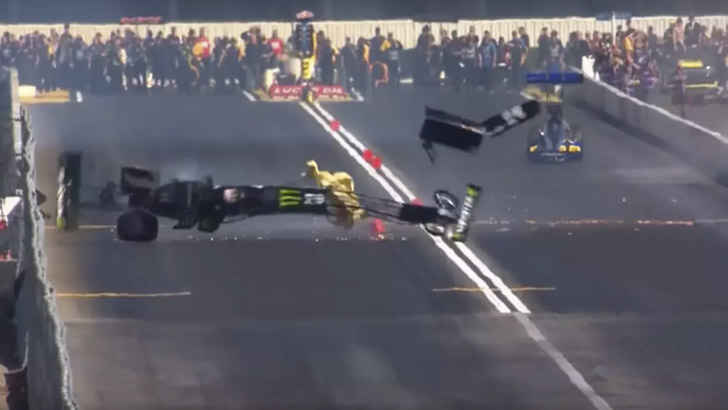 Force’s top fuel dragster crashed into the oppositions lane wall when her dragster rear wheels spun the tires and lost control. Brittany hit the wall with so much force that her car came back over the centerline of the race track and hit the wall in her racing lane that her car split in two. 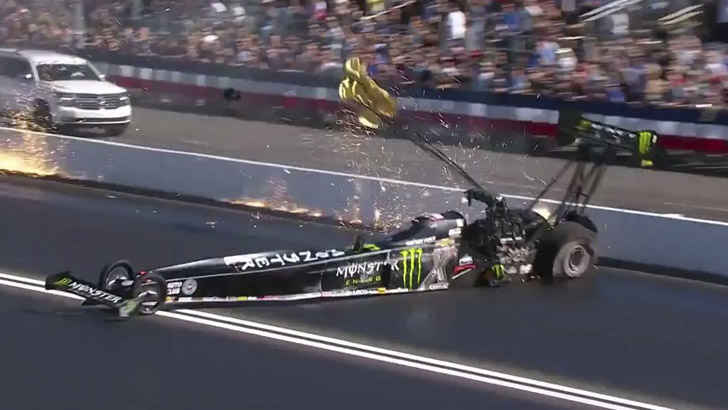