Did You Know?
The Porsche Carrera GT was kept a secret until its' unveiling at the 2000 Paris Motor Show.  The GT is made of a carbon fiber body that helps to keep the weight down on this sports car that is a powered by a V10.  There were 1,270 Carrera GT produced by Porsche.
The 1966 superhero action series, the Green Hornet, featured the vehicle named “The Black Beauty.” The Black Beauty is a customized 1966 Black Beauty Imperial Crown hardtop. In the series, the car could fire explosives and launch surveillance devices from its trunk.
The action television series Starsky & Hutch featured a bright red 1975 Ford Gran Torino as its main mode of transportation for the series’ main characters, police detectives David Michael Starsky and Kenneth Richard “Hutch” Hutchinson.
Basketball video game NBA Jam was released in 1993. The characters in the game were given special abilities like jumping super high in the air for the ultimate slam dunks. 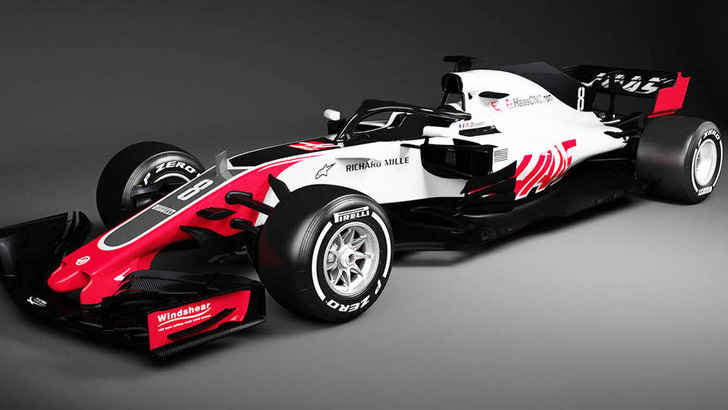 The HAAS F1 team unveiled their 2018 Formula 1 entry today, the VF-18 hit the internet today via a press release. In 2017 the HAAS F1 team finished 8th in the world championship in their 2 second year competing in the world title fight. The VF-18 is an evolution of the VF-17 that scored 47 points last year. 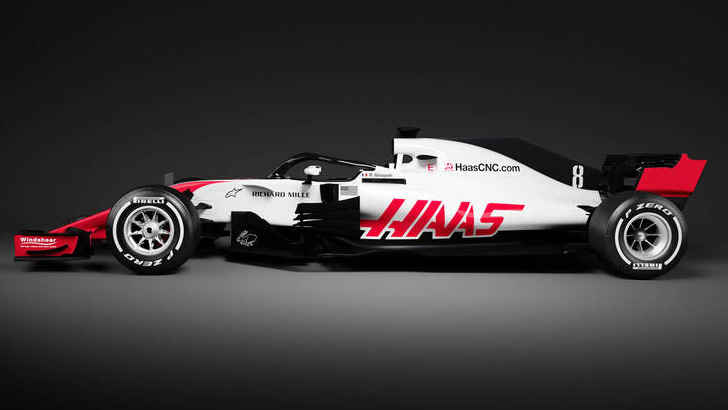 The VF in the cars name is significant to the history of the Haas automation company, the VF-1 was the first CNC machine back in 1988. ‘V’ standing for vertical as in a vertical mill.

Team Principal Guenther Steiner says this about the car and team going into the test session that starts February 26th – March 1 at the Circuit de Barcelona-Catalunya and again March 6-9. The first Formula 1 race of the 2018 season will be the Australian Grand Prix March 25 in Melbourne.

“People see what we can do in Formula 1 and people believe Haas Automation can build world-class machine tools,” said Haas, whose entry in 2016 became the first American Formula 1 team since 1986. “Being a Formula 1 participant brings a level of credibility that you just won’t get through traditional advertising.”

“Our 2017 car was actually pretty good, but we didn’t always get the best out of it, and that’s what we aimed to change in 2018. We got the car as light as possible to carry more ballast. We were able to do a better job of putting the weight where we wanted it.” 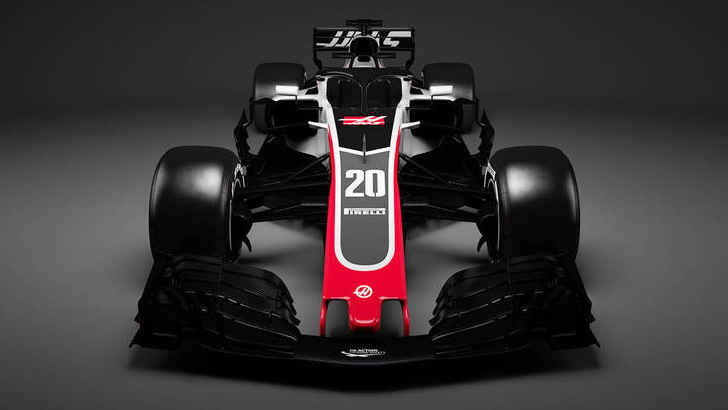