Connect with us
Did You Know?
The Maserati MC12 was produced during the year 2004-2005.  The MC12 was produced by Maserati so the company would be eligible to race in the GIA GT Championship.  The company had to produce a mandatory number of road vehicles to comply.  There are only 50 MC12 in the world
One of the most notable vehicles from the television series was the black 1972 Ferrari Daytona Spyder 365 GTS/4 from the early episodes of Miami Vice. The vehicle was driven by James “Sonny” Crockett before he switched to the Ferrari Testarossa in the third season.
This scary looking cruiser complete with fangs is from the 1975 film, Death Race 2000. Frankenstein is the driver of this beast on wheels and is the champion of this fictional race.
The action adventure video game Castlevania centers around the character Simon Belmont entering Castlevania to defeat Count Dracula.

With the launch of the 488 GTB in 2015 it was only a matter of time until the prancing horse released its 488 GT3 series race car.

Over this past weekend Ferrari showed off the GTE and GT3 versions of the 488 at the Mugello Circuit where the Ferrari World Finals were held throughout the weekend.

Will the 488 GT3 live up the hype and victories the 458 GT3 put in the book? They sure sound amazing! 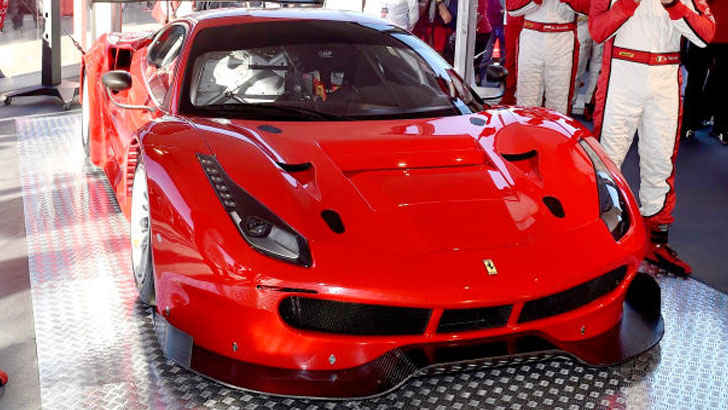