Did You Know?
Released in 1991, Tecmo Super Bowl was the first game licensed by both the NFL and NFL Players association, thus allowing the game to use the real names of teams and players.
This Star Wars space flight simulator and space combat video game known as Star Wars: TIE Fighter was released in 1994.
Pictured, Robert Watson-Watt invented radar which became invaluable to the soldiers who fought in the Battle of Britain.  Radar allowed Britain to track German planes and gave sufficient time to react.
Anne Paquin played mutant superheroine Rogue in the 2000 film X-Men, X2 in 2003, and its third installment in 2006, X-Men: The Last Stand.  She returned in 2014 to play Rogue in X-Men: Days of Future Past. 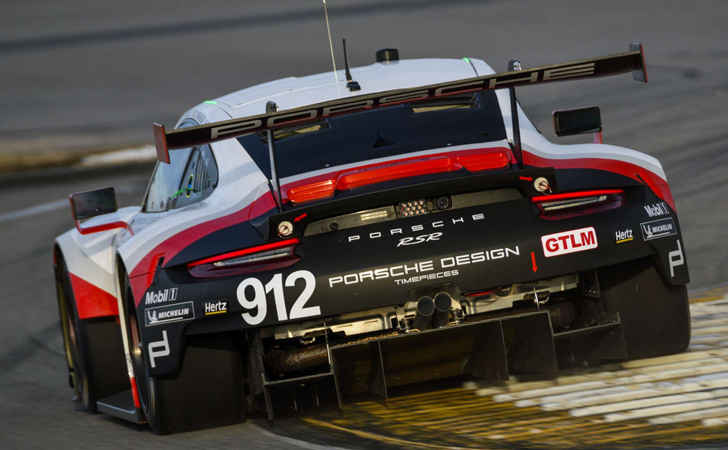 The Porsche 911 has such a rich history in sports car racing that it was expected that the new 911 GT race car from the German outfit would something special. The 911 RSR was debuted in 2017 with testing throughout 2016. Porsche has redesigned the 911 from the previous models to be more competitive in the GTE/GTLM class in WEC and IMSA. The engineers over at Porsche decided that they needed more downforce to keep up with the likes of the Ford GT’s, Ferrari 488 GTE, Chevrolet Corvette C7.R and the BMW M8 GTLM. The way Porsche was able to extract more downforce out of the car was to move the engine more towards the center of the car compared to the engine sitting over the rear axles like it has for its entire life.

This change would allow Porsche to run a much larger rear diffuser to create downforce like the competition. The RSR still utilizes a water-cooled six cycliner boxer style engine that is a 4.0-liter. Power output is around 510 hp with a six-speed sequential gearbox.

Prior to the 2017 running of Le Man the Porsche team changed their exhaust system and from the video below we are sure you will like it. The Porsche has been running this open exhaust now for roughly a year and the car becomes an instant fan favorite at any track.