Connect with us
Did You Know?
The Jaguar XJ220 in the 80s had customers flocking to Jaguar with large deposits wanting the XJ220 prototype they had seen debuted.  Many people took Jaguar to court after the delivery of their XJ220 when performance figures and specs did not align with what was advertised.
You couldn’t miss this van anywhere! This van-converted to a dog is complete with floppy ears and a tongue. It is known as the Mutt Cutts Van from the comedy Dumb and Dumber.
Who can forget the iconic Mystery Machine Van from the popular cartoon series Scooby Doo. It was featured as the primary mode of transportation for the show’s main characters as they set out on their adventures attempting to solve the day’s mystery.
Who could forget the smiling face on the front of this ride, a character known as Lightning McQueen. He is the movie’s main character in the Pixar animated film Cars.

The McLaren Senna is the latest and greatest from the British hyper car and sports car brand. Named after the Formula 1 ace Ayrton Senna, the new model from McLaren is said to be the successor of the McLaren P1, the car that truly put McLaren on the exotic car map. Even though the McLaren name has been imprinted on the racing community since 1966 where the company entered its’ first Formula 1 race. 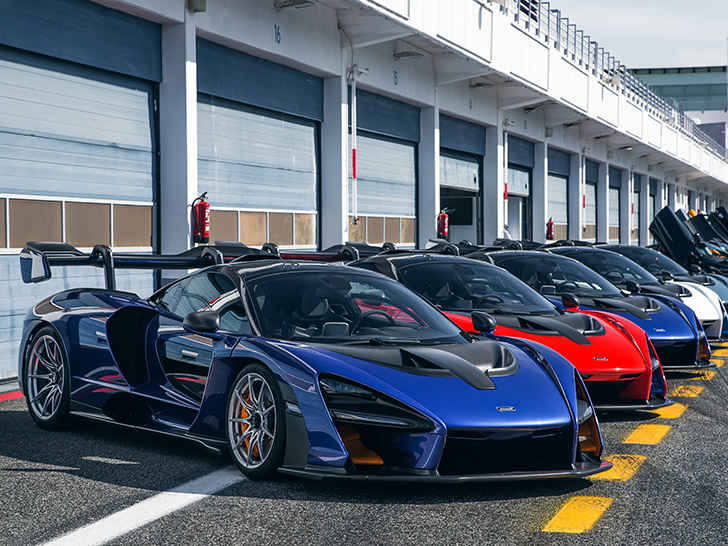 McLaren started to build exotic cars under the name McLaren Automotive with the first car being the McLaren MP4-12C. MP4-12C was to be in direct competition with Ferrari and their 458. Over the years McLaren has split up their exotic cars into 3 categories. The entry level McLaren Sports Series, Super Series and Ultimate Series.

The McLaren Senna fits the bill for the Ultimate Series at the top of the food chain at the British car maker. The YouTuber Mr JWW was lucky enough to get a test drive of the limited run Senna. With a dry weight of 2,641 lbs and 789 HP and 590 ft-lb of torque, the Senna is one of the most brutal cars McLaren Automotive has built to date. There will only be 500 McLaren Senna’s produced at a price tage of $1,004,662. Watch the video below of the Senna tearing up the track.