Did You Know?
One of the most notable vehicles from the television series was the black 1972 Ferrari Daytona Spyder 365 GTS/4 from the early episodes of Miami Vice. The vehicle was driven by James “Sonny” Crockett before he switched to the Ferrari Testarossa in the third season.
The 1966 superhero action series, the Green Hornet, featured the vehicle named “The Black Beauty.” The Black Beauty is a customized 1966 Black Beauty Imperial Crown hardtop. In the series, the car could fire explosives and launch surveillance devices from its trunk.
This action adventure video game is called The Legend of Zelda which centers around the character named Link and his quest to rescue Princess Zelda.
Super Mario 64 is the first 3-Dimensional Super Mario. It could be played on the Nintendo 64 gaming console platform.

Manny Khoshbin has one of the most luxurious and expensive car collections in the world. Ranging from a full carbon fiber bodied Mansory Bugatti Veyron to a Saleen S7 and McLaren P1. Recently an instagram post leaked a photo of what is said to be Manny’s Pagani Huayra. Enjoy! 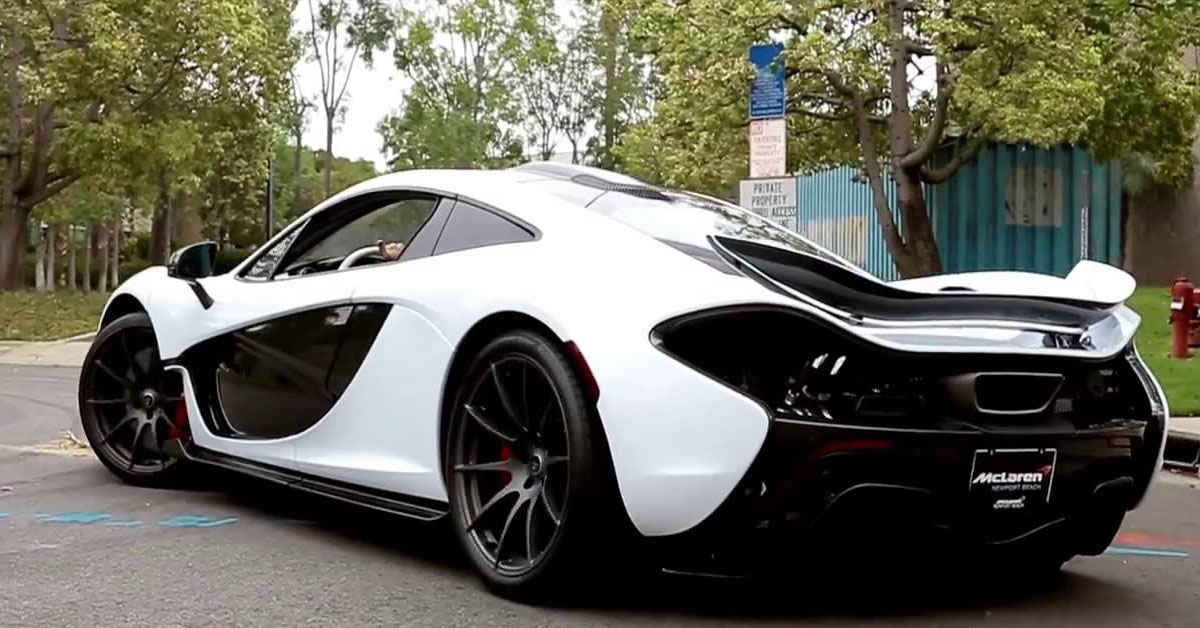 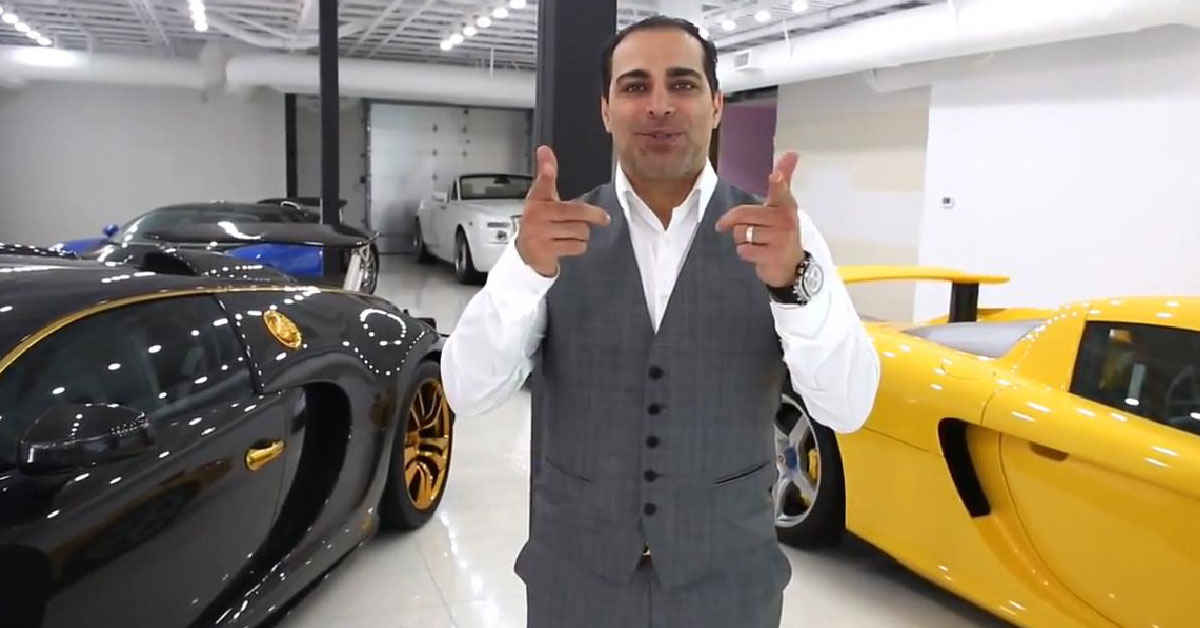 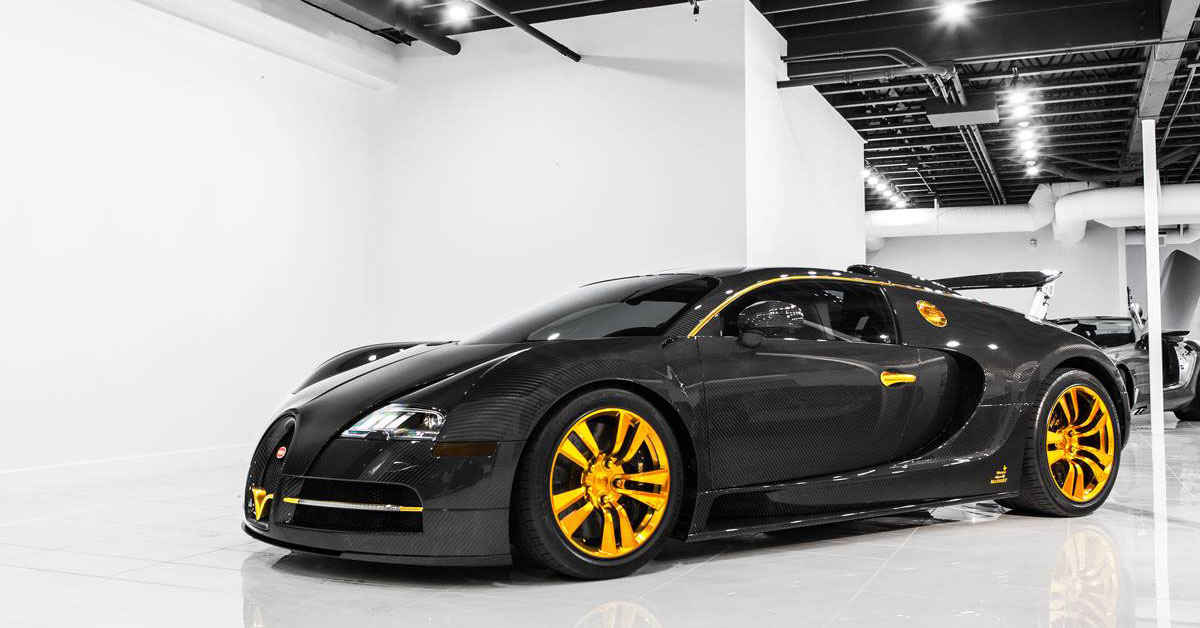 “After Arriving in the United States at age 14, Manny Khoshbin started selling used goods at the swap meet on the weekends while attending High School. At age 16 started his first real job at Kmart in city of Santa Ana with a wage of $3.15 per hour as a labor clerk moping floors and collecting shopping carts in the parking lot.

Manny was later promoted to employee of the month 4 times and eventually as Sporting Goods Assistant Manager after just one year.

Manny wanted more than just a salary so he started looking for other job opportunities and found a multi-level marketing firm selling bags of Nuts and candies door-to-door. Manny applied for the job and in his first 2 months he become the highest revenue salesman in the company. one day shopping at Price Club (now Costco) with his father, Manny saw that all the goods he selling were sold in bulk and quickly did the math to realize that the cost per bag would be a fraction of what his employer is charging him. He went on started his own business at age 18 while in his last year of High School. He leased a small office, purchased a full pallet of the mixed dried fruits and nuts from Price Club, purchased polyester bags, purchased a scale, purchased a sealer and for labels he used his dads computer. he was officially in business !

Manny sold mainly to auto retail/service centers and he did great – until he realized (by notice form health department) he needed to have a approved facility for packaging food products. He was forced to shutdown due to cost of upgrades to satisfy health codes.

He was very disappointed to be forced to close down his business, but the manager of one of the stores he sold nuts to, was Winston tire shop liked him so much that he was hired and worked as assistant manager for a year. But as an entrepreneur at heart, he knew that this was only a stepping stone until he found his next venture.

In 1991 at age 20 he was approached by his dads friend, a broker, about purchasing a Mobile gas station. He was told he could purchase one with just 10% down and so he jumped at the opportunity investing all his savings and became a Mobile Dealer passing all the requirement and got his Smog License for service shop. well, it turned out that the loan company was a fraud and Manny lost his entire savings!

With no money and no job, in 1992 Manny obtained his real estate license and started working for a mortgage company as a loan officer. After 6 months, he started a realty and mortgage company of his own so that he could invest in distressed and bank-owned properties. The rest was history.

During the early years Manny had been faced with many challenges, such as a language barrier, being criticized for being middle eastern, etc., but it never stopped him. Instead, it made him work even harder.

Today Manny Khoshbin is guiding several companies in all aspects of the business. He is personally involved in all acquisitions, dispositions, other material transactions, and maintains a hands on management of The Khoshbin Company, which has a commercial real estate portfolio in excess of 2,200,000 Sq. ft. in 6 USA states.

Although his main trade of business is real estate and he sees that as his backbone, he has ventured off into other business trades. As an entrepreneur, he loves to challenge himself and maintains a dream of having a vast enterprise expanding across many businesses.

Manny resides in Newport Coast with his wife, model and actress. Leyla Milani and their daughter, Priscilla Khoshbin, as well as their dogs, Lupe and Coco.”