Did You Know?
This jet black 1982 Pontiac Firebird Trans AM is from the television series Knight Rider. It was known as K.I.T.T., which stands for Knight Industries Two Thousand. K.I.T.T. was a character in its own right in the series and encompassed an artificial intelligence feature.
If you grew up in the ’80’s, you recognize this 1983 GMC van. It was featured in the television series, The A Team. This van served as the main mode of transportation for the show’s main characters, former members of a fictitious United States Army Special Forces unit.
Aside from Tony Stark’s impressive weaponized robots, was his impressive ride, the Audi R8. The sports car was featured in Marvel’s Iron Man and Iron Man 2. The third installment of the blockbuster franchise featured an electric version of the R8.
This car was made famous in the 1986 supernatural film called The Wraith. This Dodge M4S was built in 1984 as a demonstrator vehicle, but gained major popularity after the film propelled the car to fame.

Was Fast and Furious really supposed to be called Redline?

This short behind the scenes video popped up online a little while ago showcasing the Fast and Furious cast while filming. What many people did not know about the massive franchise is that during the filming the working title was actually, ‘Redline.’ Many of you probably remember that horrible movie in 2007 with Eddie Griffin. Yes, the one where he crashed the Enzo during filming.

Take a look at 22mins of BTS footage from the first movie. It truely is awesome! 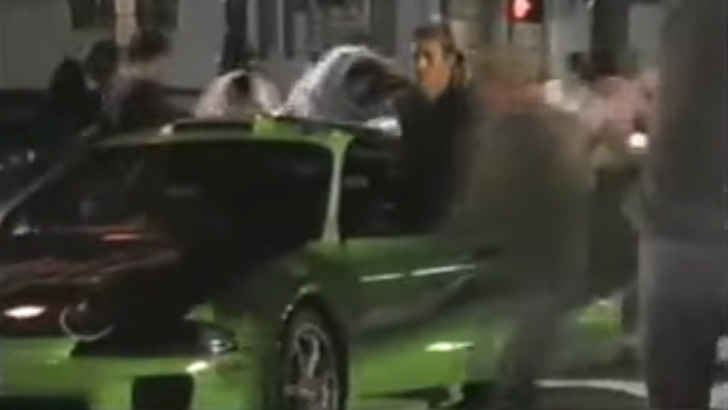