Connect with us
Did You Know?
This 1976 AMC Pacer is the iconic ride used in the film Wayne’s World. This 1992 cult classic featured the two main characters Wayne and Garth cruising around in this baby blue ride featuring bright flames on the side. It was also the location of the iconic scene where the movie’s main characters sing their rendition of “Bohemian Rhapsody.” Party time…Excellent!!!
One of the most notable vehicles from the television series was the black 1972 Ferrari Daytona Spyder 365 GTS/4 from the early episodes of Miami Vice. The vehicle was driven by James “Sonny” Crockett before he switched to the Ferrari Testarossa in the third season.
It’s the station wagon of all station wagons! This 1979 Ford LTD Country Squire is known as “The Wagon Queen Family Truckster” in the iconic movie National Lampoon’s Vacation. It’s the vehicle used to travel cross-country in an attempt to make it the family’s favorite amusement park, “Wally World.”
A time out signal is hands crisscrossed above head.  Same signal followed by placing one hand on top of cap: Referee’s Time Out.  Same signal followed by arm swung at side: Touch back. 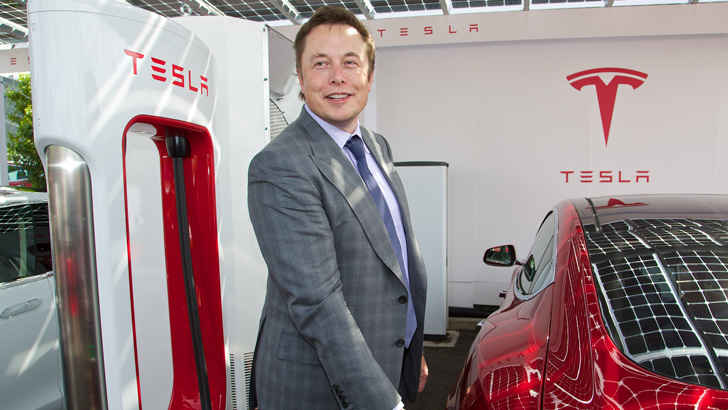 Tesla.com since 1992 has been registered to Stu Grossman a computer network engineer and the site has been “parked by its owner.” Tesla Motors has been operating under the webpage teslamotors.com since 2003.

In November 1992 Mr. Grossman registered tesla.com in a time when the World Wide Web and websites did not really exist. In 2005 Mr. Grossman had to defend the site also from a manufacturer of power conversion systems called Tesla Industries, Inc.

There is not much info on the topic or a price that has been put out in the public but we are still unclear on how the transaction went down. But, this looks to be a win for Tesla!