Connect with us
Did You Know?
Perhaps one of the most memorable and iconic vehicles from a motion picture is none other than the luxurious 1963 Aston Martin DB5 making its movie debut in the 1964 James Bond flick Goldfinger. In the movie, the car was equipped with machine guns, ejector seats and tire cutters.
One of the most notable vehicles from the television series was the black 1972 Ferrari Daytona Spyder 365 GTS/4 from the early episodes of Miami Vice. The vehicle was driven by James “Sonny” Crockett before he switched to the Ferrari Testarossa in the third season.
Who can forget the iconic Mystery Machine Van from the popular cartoon series Scooby Doo. It was featured as the primary mode of transportation for the show’s main characters as they set out on their adventures attempting to solve the day’s mystery.
What started off as a pristine 1967 Plymouth GTX quickly began deteriorating in the 1995 comedy Tommy Boy. Throughout the movie the vehicle took a beating as the two main characters Chris Farley and David Spade made it from one hilarious adventure to the next.

Kimi Raikkonen basically did not compete in the 2017 Spanish Grand Prix due to a 1st corner incident with Max Verstappen after being nudged by the Mercedes of Valtteri Bottas. This impact caused Raikkonen to retire early with significant damage to the left front suspension that was unrepairable by the team.

Right after the impact the Formula One cameras turned to a little boy completely decked out in Ferrari clothing crying that his hero Kimi was out of the race. A few minutes later the little boy was found in the Ferrari pit with his hero and a huge smile on his face. Kimi gave the little guy his hat and racing shoes and lots of pictures.

Check out the video below 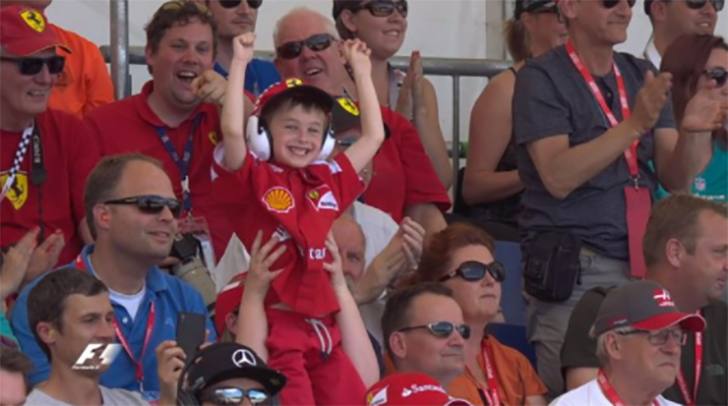 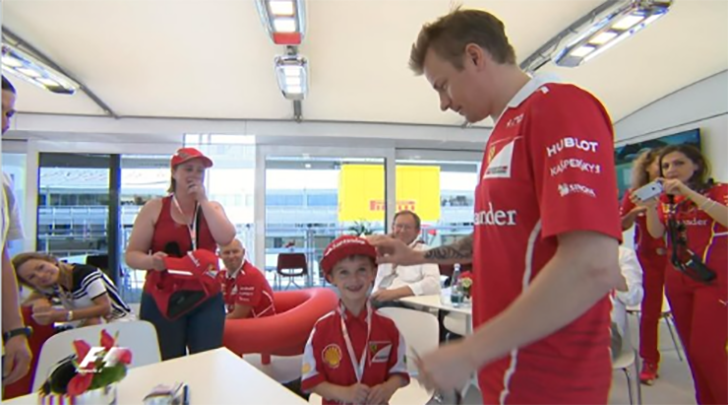 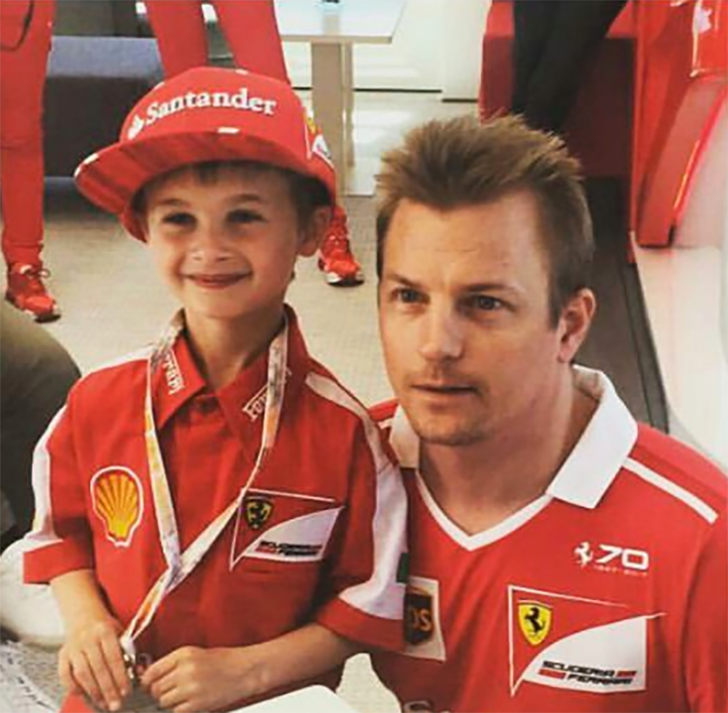