Did You Know?
The Mercedes 300 SL Gullwing was produced between the years 1954 and 1957.  1400 300SL cars were built during this time.  The 300SL has gone down in the books as one of the most classic sports cars of the time.
Movie star Burt Reynolds was always behind the wheel of this iconic car, a 1977 Pontiac Trans AM for the popular movie Smokey and the Bandit. The hugely popular film was actually the second highest grossing film of that year, with first place going to Star Wars.
The game Duck Hunt debuted in 1984 and came with a NES Zapper gun which allowed for players to essentially ‘shoot’ the ducks on the screen.
A time out signal is hands crisscrossed above head.  Same signal followed by placing one hand on top of cap: Referee’s Time Out.  Same signal followed by arm swung at side: Touch back. 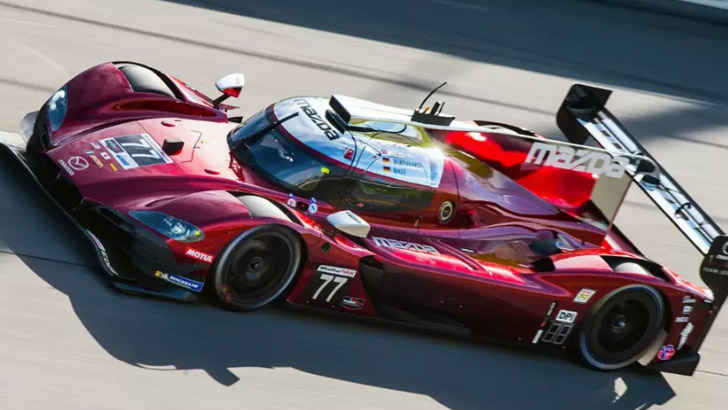 Over the weekend the 2019 racing season started out with a bang at the infamous Daytona International Speedway for the start for the start of the IMSA WeatherTech Sports Car Championship. The Roar Before the 24 is what the IMSA test session has become officially called now, leading up the Rolex 24 hour endurance race at Daytona at the end of January.

During the 3-Day test session around the Daytona road course there were new cars in the prototype class testing out their new equipment and new teams testing out brand new cars. During Sunday’s qualifying session that decides pit lane positioning for the Rolex 24 Oliver Jarvis in the Mazda Team Joest RT24-P DPi beat out the long standing overall track record set officially in 1993. Jarvis in the No. 77 Mazda piloted a lap of 1:33.398 in the unofficial session. 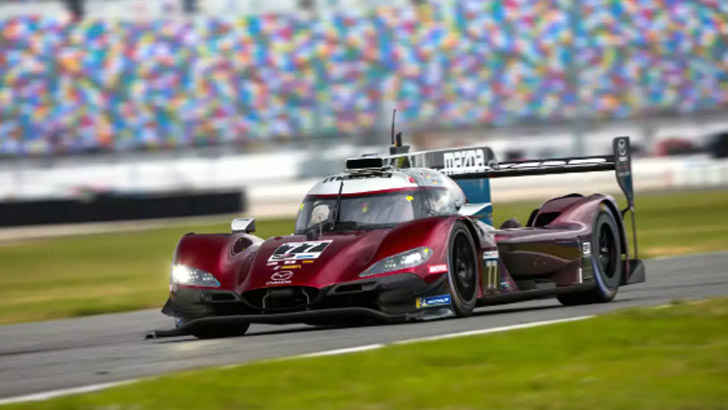 “It felt incredible. Big thanks to Mazda Team Joest, Multimatic and AER. The Mazda was an absolute joy to drive,” explained Jarvis. “We ran in full qualy spec, I don’t think many of our competitors can say the same, but in that low-fuel configuration, it felt incredible. You could really push the car to its limits, and that’s what us drivers live for, that feeling of getting everything out of the car.”