Did You Know?
Perhaps one of the most memorable and iconic vehicles from a motion picture is none other than the luxurious 1963 Aston Martin DB5 making its movie debut in the 1964 James Bond flick Goldfinger. In the movie, the car was equipped with machine guns, ejector seats and tire cutters.
Another Tom Cruise flick, Risky Business, featured a 1981 Porsche 928. It’s said that this vehicle was chosen for the part because it was “exotic, but not unobtainable.”
Basketball video game NBA Jam was released in 1993. The characters in the game were given special abilities like jumping super high in the air for the ultimate slam dunks.
The action adventure video game Grand Theft Auto focuses on an open world where players can engage in various activities such carjacking, third person shooting and racing. 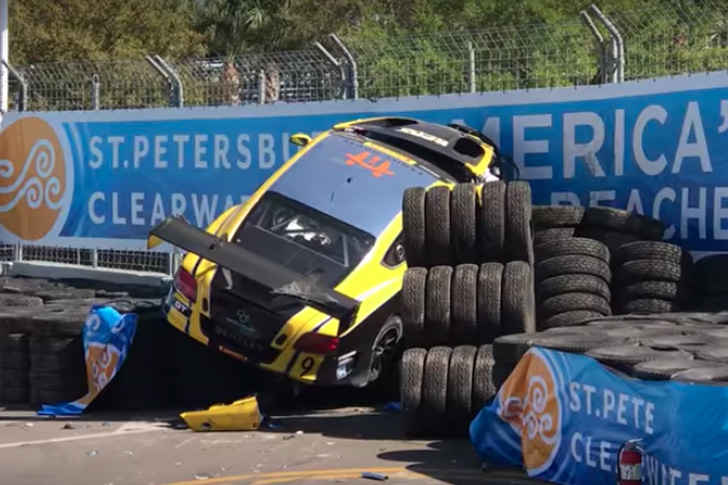 During the weekend of the St. Pete Grand Prix the spectators we exposed to many crashes in the Verizon Indy Car Series with a brand new chassis for the 2018 competitors that has a little less downforce than the previous years. The biggest crash of the weekend came during the Pirelli World Challenge race, with 12 minutes left in the race Alvaro Parente in his KPAX Bentley Continental bypassed a corner and straight into a run off tire wall and barrier.

Parente was unhurt in the crash and was able to step out of the car on his own power, but the wind was completely knocked out of him. From reports Parente’s Bentley was having a few issues throughout the weekend.

With only 12 minutes left on the clock for the GT/GTA class the race officials decided to call the race with the Pfaff Motorsports Porsche 911 GT3R taking P1.