Did You Know?
The Scuderia Cameron Glickenhaus SCG 003 is an American made sports car launched in 2015.  In 2017 SCG LLC was approved to manufacture up to 325 cars per year by NHTSA.
In the original 1974 film, Gone in 60 Seconds, this custom 1971 Ford Mustang earned the name “Eleanor.” The 2000 film Gone in 60 Seconds used a 1967 Ford Mustang Shelby GT 500, also named “Eleanor” in the flick.
This 1957 Plymouth Belvedere was used in the film Christine. The film interchanged vehicles between the 1958 Plymouth Fury, the 1957 Fury and other Chrysler models. The film is based on the thriller novel written by Stephen King.
This action adventure video game is called The Legend of Zelda which centers around the character named Link and his quest to rescue Princess Zelda. 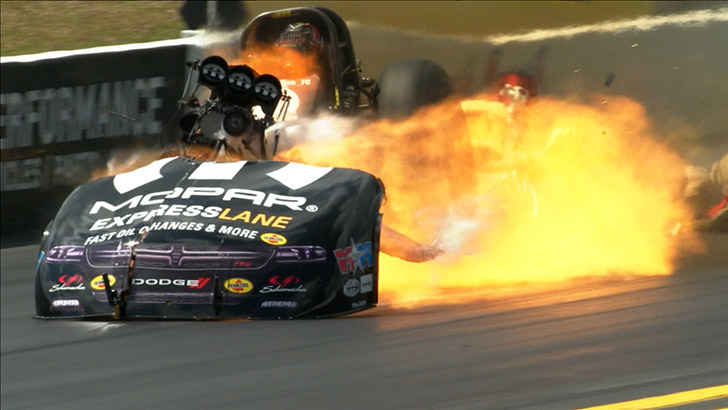 This past weekend was the third event of the 2018 NHRA Mello Yellow Drag Racing series at Gainesville, FL. During the quarterfinals of elimination on Sunday, Robert Height lined up again Matt Hagan in the Top Fuel Funny Car class. During their 1000 foot drag race at over 300mph both cars suffered major engine trouble which in turn caused the bodies of both funny cars to explode form the concussion of the explosion. Both cars simultaneously at the top end of the track lost their funny car bodies 100 feet into the air.

Check out the NHRA video: