Connect with us
Did You Know?
The Mercedes-Benz Project One is the latest hypercar from the Mercedes to will start to be delivered to customers starting in 2019.  The Project One is powered by the latest turbo era of Formula 1 engines.
In the original 1974 film, Gone in 60 Seconds, this custom 1971 Ford Mustang earned the name “Eleanor.” The 2000 film Gone in 60 Seconds used a 1967 Ford Mustang Shelby GT 500, also named “Eleanor” in the flick.
One of the most memorable scenes in the major motion picture Wolf of Wolf Street incorporates this white Lamborghini Countach. In the scene, the movie’s main character Leonardo DiCaprio hilariously attempts to drive this vehicle under the influence.
The film Death Proof features Kurt Russell as a stuntman who uses his vehicle, this 1970 Chevy Nova to murder young women in staged car accidents using his vehicle. 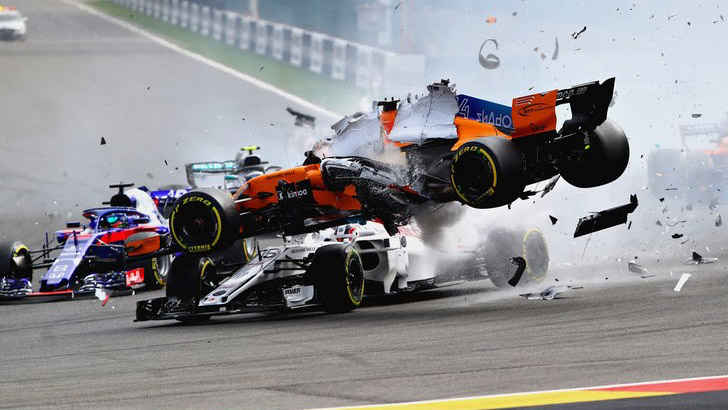 The 2018 Formula 1 summer break is over and the team factories are working away again to squeeze out every ounce of performance they can for the remainder of the season.

When the lights went green at the 2018 Belgium Grand Prix the excitement was right away into turn 1. Fernando Alonso was airborne within the first few seconds of the race after Nico Hulkenberg’s Renault crashed into the back of Alonso after his brakes locked sending Alonso into Sauber’s Charles Leclerc.

Fernando Alonso interviewed later on during the event suggesting that the controversial Halo system that Formula 1 mandated for the 2018 season and beyond may have saved the drivers from serious injuries when Alonso’s Mclaren slid across the top of Leclerc’s Sauber.

“I flew over his [Leclerc] car and the halo was a very good thing to have today,” the 37-year-old said. “Looking at the replay I think it helped him.” 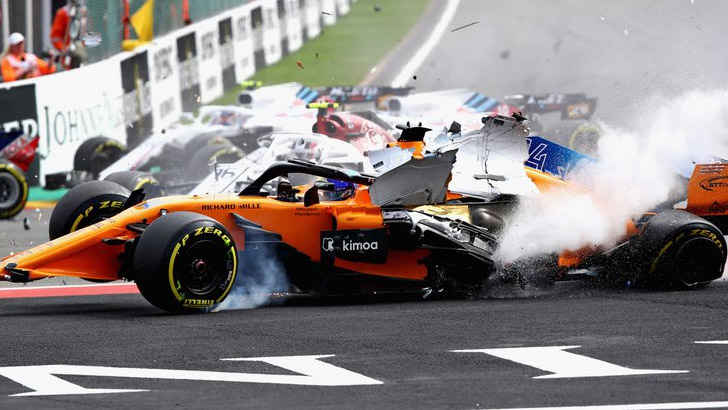 After the first lap incident Vettel took to the lead after passing Pole Winner Lewis Hamilton and never looked back as there were not safe car sessions where the driver would come back together. Vettel took P1 after the 44 lap Belgium race was over with Hamilton in tow 11 seconds behind and Max Verstappen took third finishing 31 seconds behind the leader. 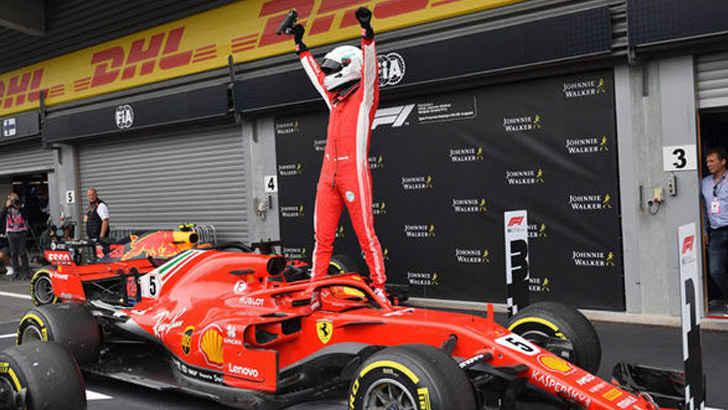