Connect with us
Did You Know?
The McLaren P1 GTR is a track-focused hypercar built by McLaren for track racing only.  You currently have to own a McLaren P1 street car to be on the short list to get a P1 GTR.
This muscle car is best known to fans as “The General Lee.” Its title was given to this 1969 Dodge Charger in the television series The Dukes of Hazard. It encompasses the distinguishing features such as a confederate battle flag located on the roof. The popular series featured characters Bo and Luke always entering the vehicle by jumping through the windows of “The General.”
This 1957 Plymouth Belvedere was used in the film Christine. The film interchanged vehicles between the 1958 Plymouth Fury, the 1957 Fury and other Chrysler models. The film is based on the thriller novel written by Stephen King.
What started off as a pristine 1967 Plymouth GTX quickly began deteriorating in the 1995 comedy Tommy Boy. Throughout the movie the vehicle took a beating as the two main characters Chris Farley and David Spade made it from one hilarious adventure to the next.

In November, HR Owen Ferrari London was named the number 1 Ferrari dealership in the world. As a result of that great accomplishment Ferrari awarded the dealership with a 2015 competition Ferrari Formula 1 car. Yes, the dealer in South Kensington has a complete 2015 car on display just shortly after the season has ended. 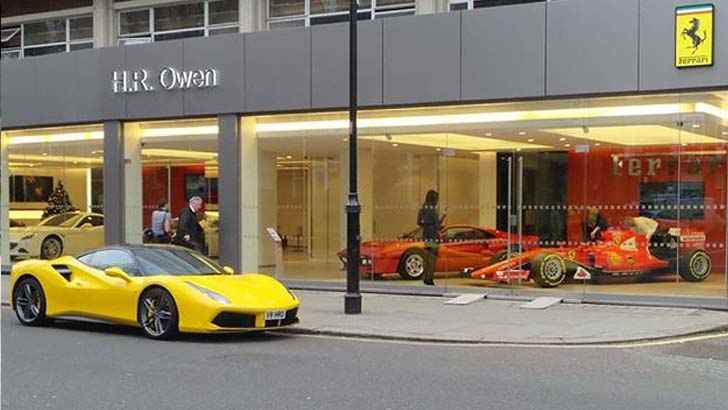 The F1 car is named the SF15-T, it was driven by Kimi Raikkonen and Sebastian Vettel this past season. The SF15-T has the V6 turbo engine. 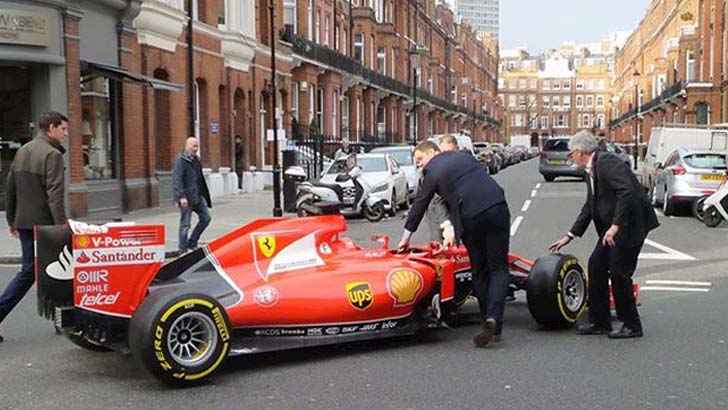 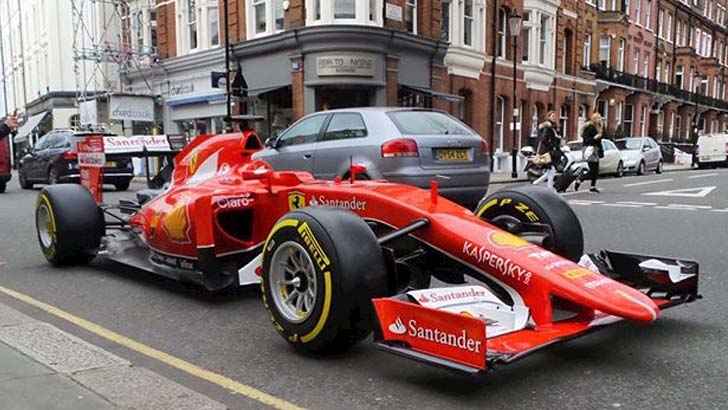