Connect with us
Did You Know?
The Porsche Carrera GT was kept a secret until its' unveiling at the 2000 Paris Motor Show.  The GT is made of a carbon fiber body that helps to keep the weight down on this sports car that is a powered by a V10.  There were 1,270 Carrera GT produced by Porsche.
The Nissan GT-R was first introduced to the world in 1969 as a Japanese touring car for racing.  One of the most notorious Skylines is the R34.  The Nissan in the last 10 years just started selling the GT-R to US customers.
The iconic time machine from the Back to the Future dynasty, as invented by Dr. Emmett Brown. The DeLorean DMC-12 is used by Doc Brown and Marty McFly to travel over 130 years of Hill Valley history, for gaining insights into history and the future.
This legendary jet black muscle car is none other than The Pursuit Special made famous in the popular Mad Max franchise films. It is also referred to as The Last of the V8 Interceptors.

The 101st running of the Indy 500 was this past weekend on Sunday. If you didn’t know or were too busy with your Memorial Day Festivities we have you covered.

Formula 1 ace Fernando Alonso actually decided to not attend the Monaco Grand Prix and race his McLaren Honda around the Monte Carlo streets this year and instead took a ride offered from Andretti Motorsports in collaboration with Mclaren and Honda. Everything looked very promising for the Spaniard as he qualified 5th for the 500 and even lead 27 laps during Sunday. An engine failure ended the F1 drivers chances of taking a victory at the monumental race. 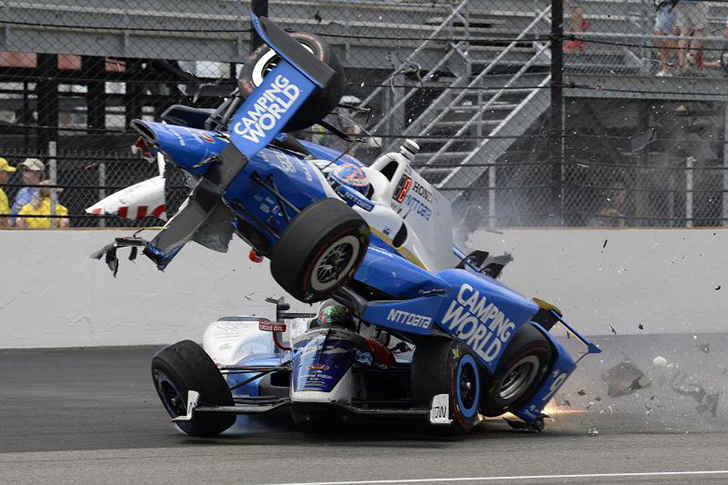 Scott Dixon on the other hand had a whirlwind of a week in Indy. Reports last week hit the internet that Dixon was held at gun point in a Taco Bell drive-through one late night prior to heading back to his hotel. If that wasn’t enough, Dixon was caught up in one of the worst accidents we have ever seen at Indy. With the 230+mph speeds these drivers are seeing on race day, you can bet to see some sort of incident. 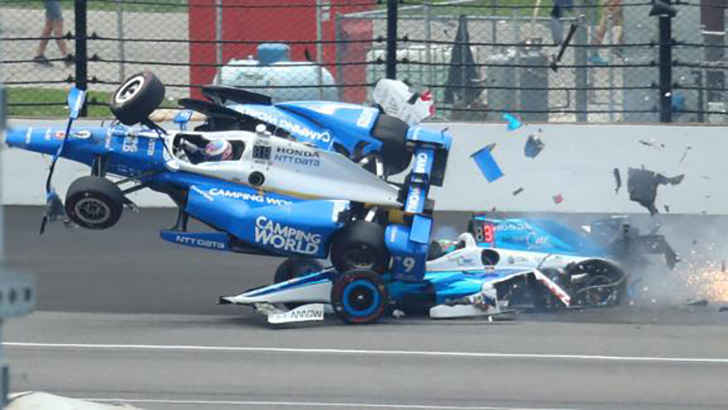 During Sunday’s race Scott Dixon and Jay Howard collided after Howard had an issue coming off a turn and Dixon was right there and collided with Howard. The collision sent Dixon flying through the air and on landing hit a guard rail with a side impact the his carbon safety celled Indy Car. 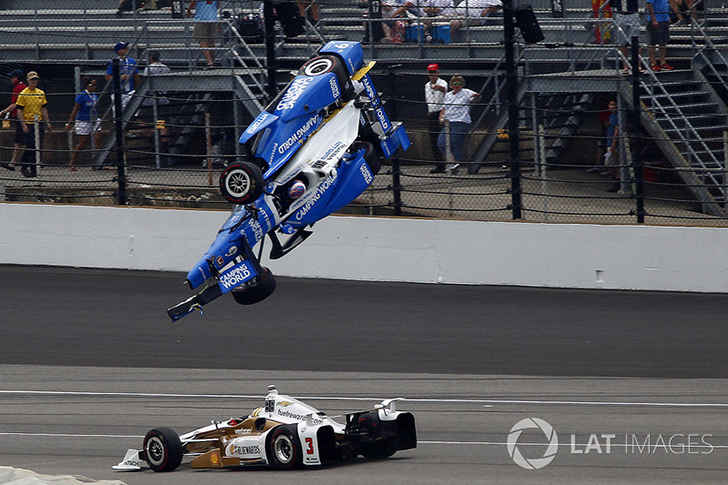 Source:Lat Images
Take a look at the video and leave a comment below.