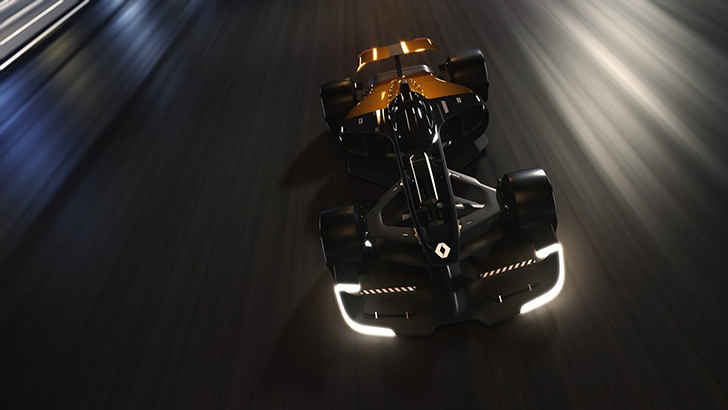 Source:Renault
During the Shanghai Motor Show, Renault’s prediction of what a Formula 1 car could look like in the year 2027 was released to the public eyes. In just a decade time Renault believes we will still use a hybrid powertrain producing around 1300-1400hp and a much lighter chassis than what is currently being campaigned in the world championship.

Formula 1 for the last couple of years have designed and tested different halo or clocked cockpit renderings. Some of the halo systems even made it on to all of the cars last year for test laps. Renault sees this as the future for driver protection and created a 3D-printed transparent totally enclosed cockpit structure. 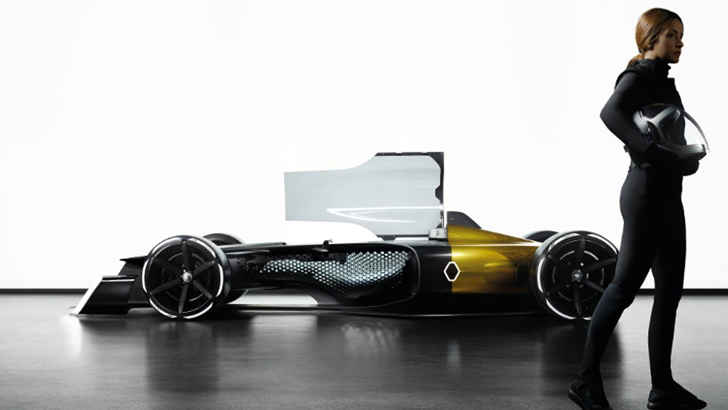 Source:Renault
With driver track position becoming a little confusing for some fans at the track and watching on tv some series have gone as far as using LED lights on the cars to show driver position in the race. The IMSA racing series has used this technology over the last couple of years for fans to understand where their favorite driver is placed since IMSA has 4 different racing classes on the track at once. Renault LED lighting and either track position or a lap counter being used on the cars. 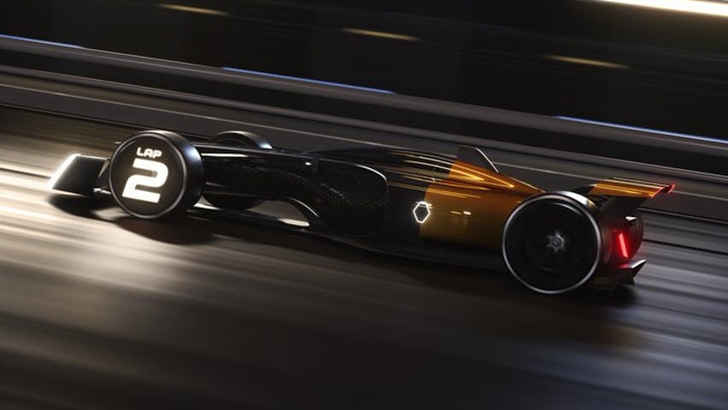 The Porsche GT team broke their 2020 dry spell in the IMSA WeatherTech SportsCar Championship this past weekend at “Petit...