Connect with us
Did You Know?
The BMW E26 M1 was produced by BMW during the year 1978 to 1981.  In the 1970s Lamborghini and BMW were in contract to build a production racing car but conflicts arose and BMW ended building the car on their own.  The BMW M1 was born.
The comedy Talladega Nights portrays the life of a NASCAR driver named Ricky Bobby, a character played by actor Will Ferrell. This vehicle, the No. 26 Wonder Bread Chevy Monte Carlo is one of the two cars driven by Ferrell’s character in the flick. They were later auctioned off for charity.
The film Death Proof features Kurt Russell as a stuntman who uses his vehicle, this 1970 Chevy Nova to murder young women in staged car accidents using his vehicle.
The game Duck Hunt debuted in 1984 and came with a NES Zapper gun which allowed for players to essentially ‘shoot’ the ducks on the screen.

Wide receivers are an invaluable asset to every NFL franchise, but you just never know when you’ve landed a legendary one until it happens. Everyone loves a fantastic reception, and these guys had plenty of those. With swift footwork and hands like glue, these receivers were scoring machines. 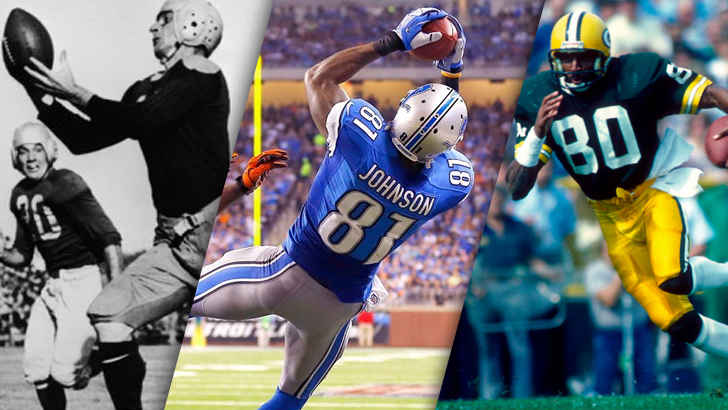 These receivers made secondaries pay with their raw talent and speed, redefining the aerial attack and engraving themselves in record books and Lombardi trophies alike. While many play the position, few reach an elite level, so we’ve decided to rank the all-time deadliest wideouts the NFL has ever seen.