Connect with us
Did You Know?
The iconic time machine from the Back to the Future dynasty, as invented by Dr. Emmett Brown. The DeLorean DMC-12 is used by Doc Brown and Marty McFly to travel over 130 years of Hill Valley history, for gaining insights into history and the future.
This iconic ride is known as the “Deathmobile” from the cultural classic film Animal House. The comedy, with a premise focused on college debauchery and fraternity life, features the black 1966 Lincoln Continental which began as the weekend loaner vehicle from a pledge’s older brother. It is used in a series of events in the flick.
Gran Turismo 3: A-Spec is a racing game that was introduced in 2001. It is the first of the Gran Turismo racing series.
Alcatraz is located in California, specifically on an island in the San Fransisco Bay. It served as a military prison prior to serving as a federal prison. It no longer operates as a prison and is now a national recreation area run by the National Park Service.

Source:The Drive
The famous stand up comic and host of The Tonight Show with Jay Leno recently retired to take on other life goals was one of the first people to take delivery of the new Ford GT. Some reddit users actually found the exact MSRP of the car Leno took delivery of which came to $505,750.

B-rad747 was the reddit user that found the window sticker of the black Ford GT. 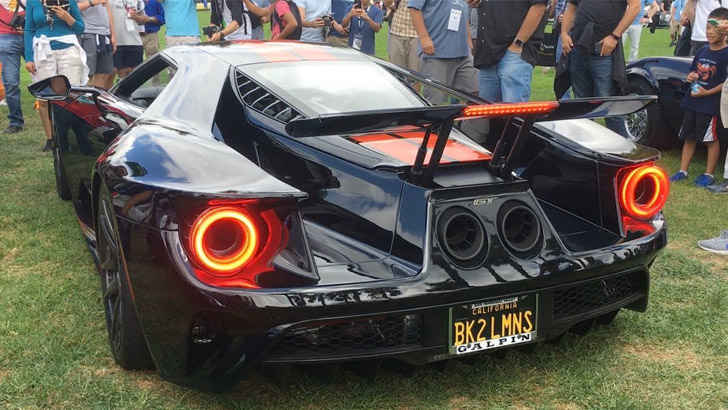