Connect with us
Did You Know?
Aside from Tony Stark’s impressive weaponized robots, was his impressive ride, the Audi R8. The sports car was featured in Marvel’s Iron Man and Iron Man 2. The third installment of the blockbuster franchise featured an electric version of the R8.
This scary looking cruiser complete with fangs is from the 1975 film, Death Race 2000. Frankenstein is the driver of this beast on wheels and is the champion of this fictional race.
The game Duck Hunt debuted in 1984 and came with a NES Zapper gun which allowed for players to essentially ‘shoot’ the ducks on the screen.
A time out signal is hands crisscrossed above head.  Same signal followed by placing one hand on top of cap: Referee’s Time Out.  Same signal followed by arm swung at side: Touch back. 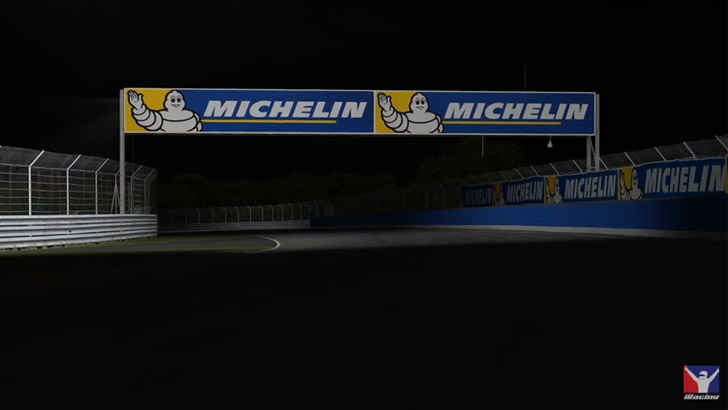 One of the most famous endurance racing circuits in the world was just given an upgrade in the iRacing simulator software to involve night racing now. This has been an amazing upgrade for all sports car enthusiasts since the 24 Hours of Le Mans takes place at night to make the sim even that more realistic.

Starting now on iRacing the legendary Circuit de La Sarthe also known as Le Mans will have the night upgrade for all members to full immerse themselves in the iconic French circuit. 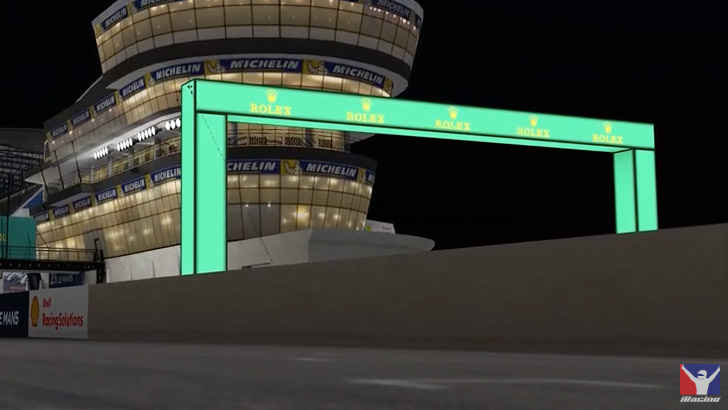 Although the Circuit des 24 Heures du Mans still incorporates public roads, the track has been modified over the years in the interests of safety, never moreso than when the pit straightaway was widened following a horrific accident in 1955 that claimed the lives of 83 people. Subsequently, a purpose-built section of high speed curves (Porsche Curves) and increasingly tight chicanes (Ford Chicanes) was created during the early 1970s to slow cars as they approached the pits. In 1987 another chicane was added on the approach to the first turn (Dunlop Curve) and, three years later, a pair of medium speed chicanes were added to what was once the 3.7 mile long Mulsanne Straightaway.

Evolutionary changes notwithstanding, the essential nature Circuit des 24 Heures du Mans remains unchanged: it is a supreme test of race cars and race drivers, with long straights where low drag is paramount, the superfast Porsche Curves which place a premium on downforce, highly technical, twisty chicanes and tight corners at the end of high speed sections to test a car’s brakes . . . and a driver’s ability to use them.

In its glorious history, the Circuit des 24 Heures du Mans has witnessed countless epic battles among legendary drivers with names like Nuvolari, Fangio, Moss, Gendebien, Hill, Amon, McLaren, Gurney, Foyt, Pescarolo, Ickx, Bell, McNish and Kristensen and the world’s leading automakers from the Bentleys of the 1920s to the streamlined Bugattis and Alfa Romeos of the ‘30s. Following World War II, Mercedes-Benz, Jaguar, Aston Martin and Ferrari waged titanic battles at Le Mans, before the epic Ford v Ferrari showdowns of the mid-‘60s and the Porsche v Ferrari classics of the ‘70s featuring the fearsomely iconic Porsche 917s and Ferrari 512s.

After Porsche emerged as the dominant marque in the ‘80s and ‘90s, Audi ruled the Circuit des 24 Heures du Mans (first with its turbocharged V8 Audi R8 and, later, turbo diesel R10 TDI) for the first decade of the 21st century (notwithstanding Peugeot’s win in ‘09). Of late, Le Mans has seen fantastically complex hybrid prototypes from Audi, Porsche and Toyota battle for the overall win while other marques including Aston Martin, Chevrolet (Corvette), Ferrari, Porsche, BMW and Ford have battled for GT honors around a circuit whose landmarks like the Dunlop Bridge and the Tertre Rouge, Mulsanne, Indianapolis and Arnage turns stir the souls of motor racing fans around the world.