Did You Know?
The Porsche Carrera GT was kept a secret until its' unveiling at the 2000 Paris Motor Show.  The GT is made of a carbon fiber body that helps to keep the weight down on this sports car that is a powered by a V10.  There were 1,270 Carrera GT produced by Porsche.
This competitive fighting game is called Street Fighter II: The World Warrior. This sequel allows for the option of multiple ‘street fighters’ each with their own fighting styles and signature moves.
This Star Wars space flight simulator and space combat video game known as Star Wars: TIE Fighter was released in 1994.
The Superdome is located in New Orleans, Louisiana and is home to the New Orleans Saints football team. It also served as a shelter for thousands of people during Hurricane Katrina.

The only significant problem with athletes continuously living in the spotlight is their propensity to be under a microscope, especially when they do something wrong. But when the press and fans all decidedly turn against a player after an incident, earning respect back can be tough. 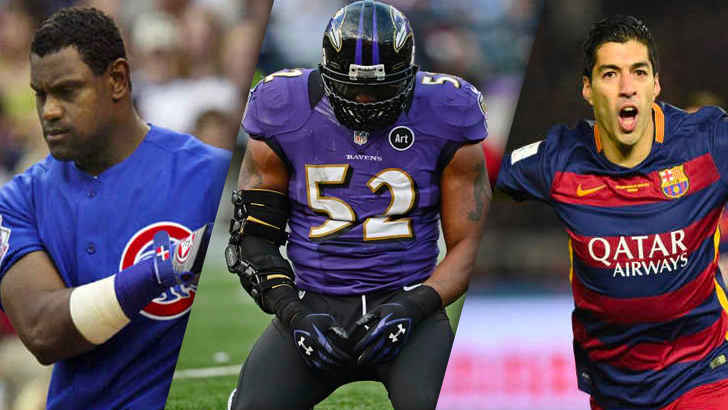 And even the most popular of athletes are prone to criticism, if not more likely to be cast in a dark shadow amidst a bit of controversy. Some of the greatest have had to overcome adversity, but others were less fortunate and remained tainted. These are the most controversial athletes.