Connect with us
Did You Know?
This jet black 1982 Pontiac Firebird Trans AM is from the television series Knight Rider. It was known as K.I.T.T., which stands for Knight Industries Two Thousand. K.I.T.T. was a character in its own right in the series and encompassed an artificial intelligence feature.
Another Tom Cruise flick, Risky Business, featured a 1981 Porsche 928. It’s said that this vehicle was chosen for the part because it was “exotic, but not unobtainable.”
Contra first debuted in 1987 as an arcade game and later Super Contra in 1988 which could be played on various gaming consoles.
Sonic the Hedgehog was played on the Sega video game console. It was a high-speed video game centering on the main hedgehog character with super sonic speed.

You probably know about the Hells Angels as that group of tattooed guys who ride around on motorcycles, but as an organization it’s so much more than that. They proudly refer to themselves as a one-percenter club, and the guidelines to get into the club (and remain in the club) are extensive to say the least. 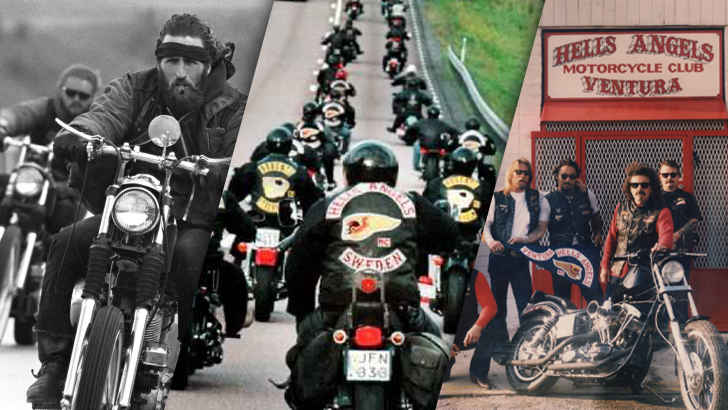 There are a plethora of rules they must follow without exception. Failure to follow these rules can and will result in some serious repercussions. While some of them are perfectly understandable, there are many rules that are obeyed without so much as a second thought. Read on to find out just what kind of life these one-percenters have to live on a daily basis.