Connect with us
Did You Know?
This muscle car is best known to fans as “The General Lee.” Its title was given to this 1969 Dodge Charger in the television series The Dukes of Hazard. It encompasses the distinguishing features such as a confederate battle flag located on the roof. The popular series featured characters Bo and Luke always entering the vehicle by jumping through the windows of “The General.”
This 1963 Volkswagen Beetle is known as “Herbie the Love Bug” from the 1968 major motion picture called The Love Bug. This character was featured in many Walt Disney films. The vehicle can be distinguished by its red, white and blue racing stripes down the center.
The iconic musical Grease, featured two major vehicles in the film both holding the name “Greased Lightning.” The first version of the 1948 Ford De Luxe is white and second is a red fantasy version that the cast dances on and is present at the end of the movie.
SimCity 2000 is the second installment of the SimCity series. It allows players to build his or her own virtual city.

On Tuesday, the Nissan automaker sold the entirety of its Russian assets for one Euro.

Following Russian President Vladimir Putin’s invasion of Ukraine in February, Nissan is the most recent significant corporation to leave Russia.

According to Reuters, the agreement would cost Nissan some $687 million, but the firm doesn’t believe it will have an impact on its fiscal year earnings projection.

Nissan’s action comes months after the corporation severed commercial ties with Russia in March and halted operations at its St. Petersburg factory.

There were about 2,000 employees of the company in the country before the announcement.

Nissan can, however, buy the assets back within 6 years under the terms of the agreement. 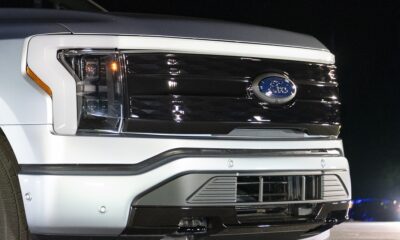