Connect with us
Did You Know?
The Porsche 550 Spyder was built back in 1953-1956 as a sports racing car.  Assembled in Stuttgart, Germany the 550 Spyder was also the car that James Dean was fatally killed in on CA Route 46/41 in 1955.
Movie star Burt Reynolds was always behind the wheel of this iconic car, a 1977 Pontiac Trans AM for the popular movie Smokey and the Bandit. The hugely popular film was actually the second highest grossing film of that year, with first place going to Star Wars.
This scary looking cruiser complete with fangs is from the 1975 film, Death Race 2000. Frankenstein is the driver of this beast on wheels and is the champion of this fictional race.
Super Mario Bros. 3 is another installment in the Super Mario Bros. franchise. It was released in 1988 and has recognition by many as of the greatest video games of all time.

Toyota Motor Corp. on Tuesday reported net profit in its second quarter fell 31% compared to the same period a year earlier, to $2.92 billion.

Its the automakers fourth consecutive quarter of declining profit, despite revenue for the quarter increasing 22% over last year.

The company cited higher materials costs, reporting that the cost of products sold for the quarter increased 26% over last year.

The company is also facing a persistent semiconductor shortage it says will continue to constrain output.

The company cut its output target to 9.2 million vehicles for the fiscal year, down from 9.7 million. 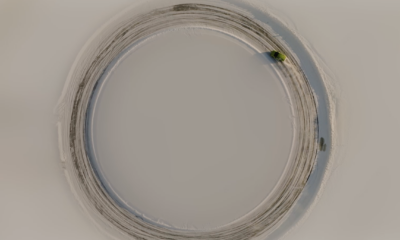