Did You Know?
The action adventure video game Castlevania centers around the character Simon Belmont entering Castlevania to defeat Count Dracula.
In 1939 Albert Einstein wrote to President Roosevelt to warn him of Germany's nuclear weapons research and how far along they were to creating an atomic bomb.  This made President Roosevelt put Atomic Energy at the high priority.
Gal Gadot plays the role of Wonder Woman in the aptly titled Wonder Woman box office hit in 2017. She also reappeared in Justice League, returning with all the bad ass qualities that Wonder Woman is endowed with.
Jennifer Lawrence sat in the makeup chair for hours to channel the role of Raven Darkhölme or Mystique as she’s known in the X-Men franchise films. She played the character in 2014 in X-Men: Days of Future Past and again in 2016 in X-Men: Apocalypse.

The Ferrari F40 was released back in 1987 and to this day is still one of the bucket list supercars to own prior to dying.  30 years into the future the F40 has not lost any steam and is more iconic than ever.  Lego has decided to make this car even more immortal by producing it as one of their products.

The 1158 piece set once completed has operational front and rear hoods and doors.  The darn thing even has a replica V8 twin turbo engine that can be removed!  How cool is that?

This might be our only opportunity to ever own part of Ferrari Heritage so we are going to pick one of these up August 1st! 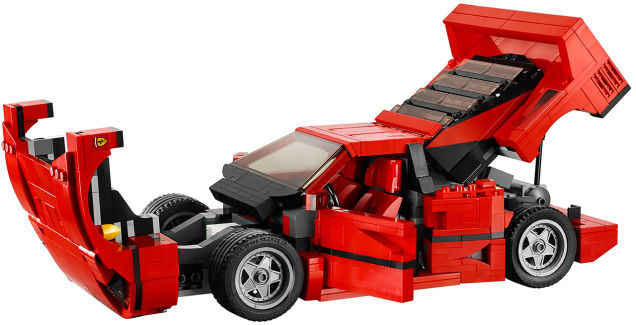