Connect with us
Did You Know?
The Lamborghini Veneno is a limited edition run of just five examples of the coupe.  9 roadster examples were also produced.  The production years were 2013-2014.  The Veneno was originally priced from the factory at $3.5 million.
One of the most notable vehicles from the television series was the black 1972 Ferrari Daytona Spyder 365 GTS/4 from the early episodes of Miami Vice. The vehicle was driven by James “Sonny” Crockett before he switched to the Ferrari Testarossa in the third season.
The action television series Starsky & Hutch featured a bright red 1975 Ford Gran Torino as its main mode of transportation for the series’ main characters, police detectives David Michael Starsky and Kenneth Richard “Hutch” Hutchinson.
This competitive fighting game is called Street Fighter II: The World Warrior. This sequel allows for the option of multiple ‘street fighters’ each with their own fighting styles and signature moves.

In the centuries ranging from the Medieval Times through the settling of the Americas, human beings had a much different idea of diet and culinary preferences, to say the least. Not only were the cuisine choices limited and relative to people’s specific location, but resources and technology were obviously not as plentiful either, meaning living off the land was very literal. 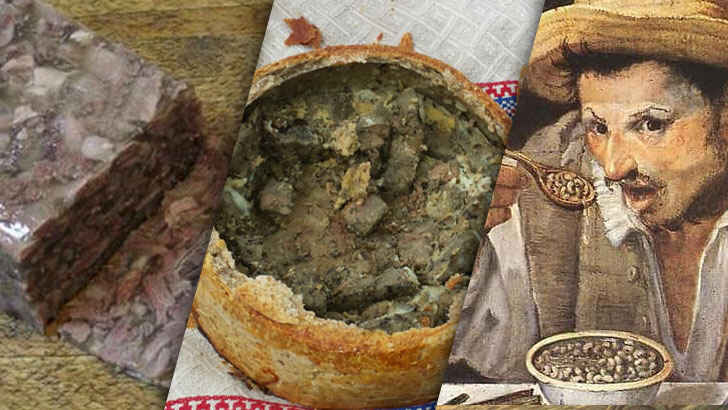 But what exactly were they eating, then? Well, that’s not really for the faint of heart – especially in the middle ages. Many populations were scavengers, maximizing agriculture, and improvising when it came to meet. And no matter how appalling or strange their everyday meals were, people ate them happily and willingly, as sending something back or throwing it away was not an option. Here are the most astounding foods your ancestors ate to carry on your lineage.