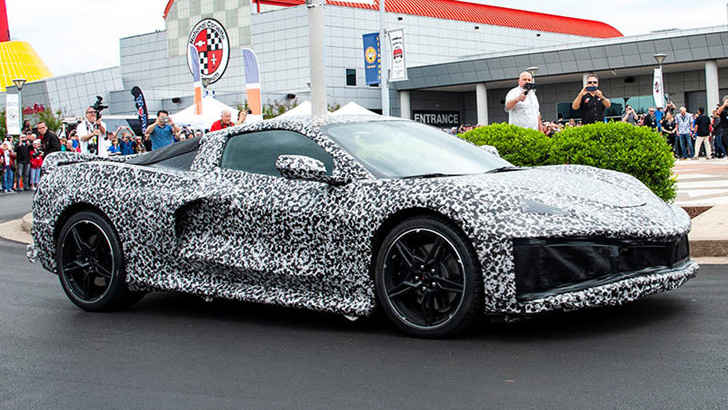 The next-generation Corvette took a spin around the Chevrolet Corvette Museum this past weekend in its’ new mid-engine configuration for a crowd that was present for the Michelin NCM Bash. During the event the camouflaged prototype drove down the street from the Chevy plant in Kentucky to give the crowd a little rolling photo shoot and a few revs from the new twin-turbo engine.

Just across the highway from the National Corvette Museum the C8 Corvette will be produced at the plant in Bowling Green. This has been the home to the assembly of the Corvette since 1981. July 18th is said to be the public debut of the C8 mid-engine Corvette.

Kimi Raikkonen posted to his Instagram account recently one of the best house package deliveries one gearhead could receive at...