Connect with us
Did You Know?

It’s the station wagon of all station wagons! This 1979 Ford LTD Country Squire is known as “The Wagon Queen Family Truckster” in the iconic movie National Lampoon’s Vacation. It’s the vehicle used to travel cross-country in an attempt to make it the family’s favorite amusement park, “Wally World.”
Action adventure video game Super Metroid was released in 1994 and is the third installment of the Metroid series.
Located in San Fransisco, California, the Golden Gate Bridge was once one of the largest and tallest suspension bridges in the world. It's also known for its bright color, known as International Orange.

Toyota Motor Corp. on Tuesday reported net profit in its second quarter fell 31% compared to the same period a year earlier, to $2.92 billion.

Its the automakers fourth consecutive quarter of declining profit, despite revenue for the quarter increasing 22% over last year.

The company cited higher materials costs, reporting that the cost of products sold for the quarter increased 26% over last year.

The company is also facing a persistent semiconductor shortage it says will continue to constrain output.

The company cut its output target to 9.2 million vehicles for the fiscal year, down from 9.7 million. 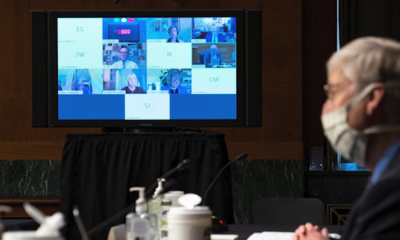