Connect with us
Did You Know?
The McLaren P1 GTR is a track-focused hypercar built by McLaren for track racing only.  You currently have to own a McLaren P1 street car to be on the short list to get a P1 GTR.
In the original 1974 film, Gone in 60 Seconds, this custom 1971 Ford Mustang earned the name “Eleanor.” The 2000 film Gone in 60 Seconds used a 1967 Ford Mustang Shelby GT 500, also named “Eleanor” in the flick.
This muscle car is best known to fans as “The General Lee.” Its title was given to this 1969 Dodge Charger in the television series The Dukes of Hazard. It encompasses the distinguishing features such as a confederate battle flag located on the roof. The popular series featured characters Bo and Luke always entering the vehicle by jumping through the windows of “The General.”
This car was made famous in the 1986 supernatural film called The Wraith. This Dodge M4S was built in 1984 as a demonstrator vehicle, but gained major popularity after the film propelled the car to fame.

On the 10th of April, 1912, the RMS Titanic, a British passenger liner, set sail for its maiden voyage from Southampton England to New York City. At 11:40 P.M. on April 14th, 1912, the maiden voyage would come to an abrupt end when the RMS Titanic struck an iceberg in the North Atlantic Ocean and sank 2 hours and 40 minutes later. 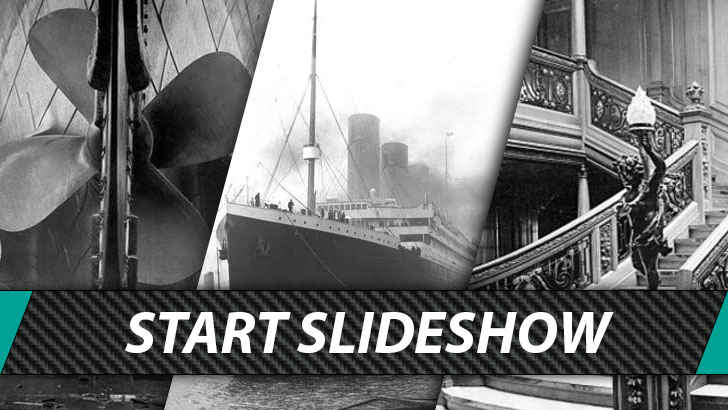 70 years later its remains would be discovered on the seabed where they continue to disintegrate today. Click NEXT to enjoy your journey through our collection of incredible Titanic photographs.