Did You Know?
Aside from Tony Stark’s impressive weaponized robots, was his impressive ride, the Audi R8. The sports car was featured in Marvel’s Iron Man and Iron Man 2. The third installment of the blockbuster franchise featured an electric version of the R8.
This 1957 Plymouth Belvedere was used in the film Christine. The film interchanged vehicles between the 1958 Plymouth Fury, the 1957 Fury and other Chrysler models. The film is based on the thriller novel written by Stephen King.
This scary looking cruiser complete with fangs is from the 1975 film, Death Race 2000. Frankenstein is the driver of this beast on wheels and is the champion of this fictional race.
The Rock and Roll Hall of Fame is located in Cleveland, Ohio. It recognizes some of the biggest and most influential musicians, artists, producers and engineers in rock and roll.

The Vietnam War was one of the longest and bloodiest battles in the history of humanity. Beginning in 1955, the war would rage on for 20 years until peace was finally called for. Officially, the war was fought between North and South Vietnam. America would wade in to try and prevent communism prevailing in the north thanks to support from China and the Soviet Union. 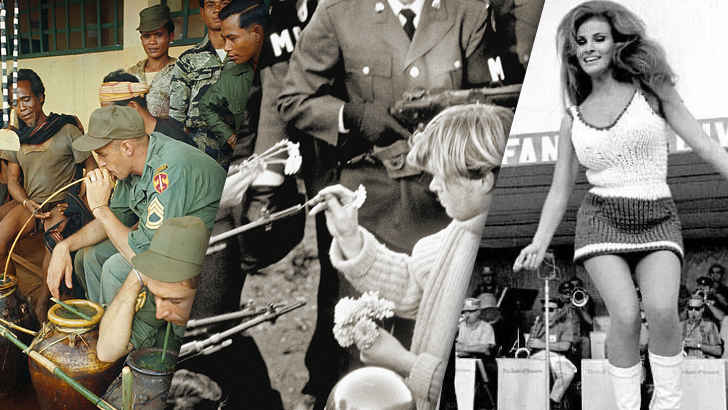 It took many years of strife before the war drew to a close with the falling of Saigon on April 30, 1975. The war was controversial as many Americans didn’t feel their country should get involved, but despite that, troops were sent to battle in Vietnam anyway.