Daniel Ricciardo is no stranger to a race track. If you don’t know Daniel, he is now in the number 1 seat at Redbull Racing Formula 1 Team as 4 time world champion Sebastian Vettel has left and found his way to Maranello. Daniel finished last year 2014 F1 season in 3rd place with 238 points. Ricciardo took to TOP GEAR for an a spot in their reasonably priced car and had his eyes on taking out the 2014 World Champion, Lewis Hamilton’s lap of 1.42.9.

After a rather entertaining interview Daniel took to the circuit with a lap time of 1.42.2. Daniel is currently the fastest person to take to the Top Gear Test Track in the Suzuki Liana. 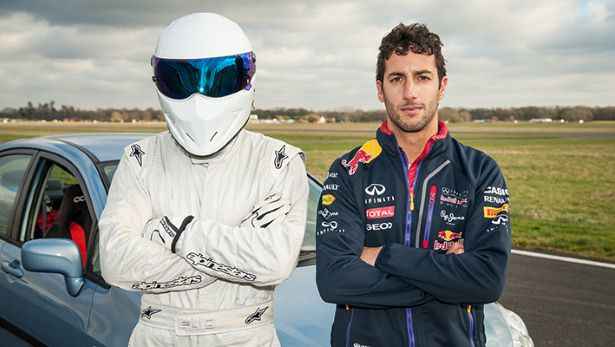 Watch This Viral Video Of A Tesla Blowing Up

Source:Zero Hedge The internet world was shocked this morning when a video went viral just a day ahead of Tesla’s...